, /PRNewswire/ -- (Nasdaq: RKDA), a leader in science-based approaches to enhancing the quality and nutritional value of crops and food ingredients, today released its financial and business results for the fourth quarter and full year of 2019. 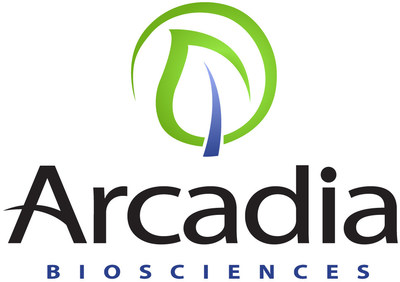 "We are energized by our progress in hemp, wheat and soy in 2019 and the strength with which we enter 2020 to grow our GoodHempTM seed sales, Hawaiian CBD oils, and GoodWheatTM flour and grain sales," said , president and CEO. "Moreover, as we take stock of our progress so far this year, including more than in backlog GoodHemp seed orders, we maintain confidence in our projected goal to exceed in total revenue this year, although we will continue to assess the potential impact of COVID-19 on our business. Revenues from these orders will be recognized when the seeds are delivered to growers, between second and fourth quarter this year.

"The legalization of industrial hemp cultivation in late 2018 provided us an opportunity like none other in the history of our company," Plavan continued. "With Arcadia's proven plant transformation capabilities in global crops like wheat, rice and soybean, we trained our sights in 2019 on building the most advanced plant breeding platform, ArcaTech, to rapidly prototype, develop and deliver functional improvements in hemp targeting the greatest challenges growers face in adopting and scaling hemp cultivation, such as federal compliance, disease resistance and high cannabinoid content. As a result, much of our R&D focus for the year was on this newly emerging crop, having introduced 10 new varieties, with the goal of becoming a leading provider of high value seed and extracts for the global hemp market.

"2019 also marked a year of strong progress in our GoodWheat business, where we captured first sales and executed a key global commercial agreement. And our Verdeca joint venture  accelerated toward commercial launch with new approvals of HB4® drought and herbicide tolerant soybeans in the , and ," Plavan said.

on Innovating in Hemp

Revenues
Arcadia's revenues in 2019 reflect the impact of the company's transformation from a predominately research and licensing business model to a commercial agriculture model. As a result, revenues from its legacy sources continued to wind down during the year. Arcadia's expectations for the onset and scale up of new product and trait revenues from hemp and wheat remain unchanged for 2020 and beyond, although the company will continue to assess the potential impact of COVID-19 on its business.

In the fourth quarter of 2019, revenues were , compared to revenues of in the fourth quarter of 2018. For annual 2019, revenues decreased to from during the same period of 2018. The quarter-over-quarter and annual results were primarily driven by the decrease in government grant and contract research revenue, partially offset by higher GLA product revenues. The company expects revenue from its hemp and wheat products to total at least in 2020.

Research and development (R&D) spending increased by and for the fourth quarter and year end compared to the same periods in 2018, primarily due to additional soybean development activities, higher employee-related expenses and hemp related costs.

General and administrative (SG&A) expenses for the fourth quarter of 2019 were and higher than for the fourth quarter and year ended , primarily the result of additional employee-related expenses, hemp consulting fees and stock compensation expense, as well as increased marketing and public relations activities. Included in annual 2019 stock compensation expense was of one-time charges for the accelerated vesting of a consultant's performance-based warrants and the modification of our former CEO's stock options in connection with his separation.

Cost of product revenues was higher than in the fourth quarter of 2018 and higher than annual 2018 due primarily to the write down of wheat inventory in 2019.

Operating expenses for 2019 includes a non-cash fair value gain recognized during the fourth quarter. The non-cash gain was the result of a reduction in the fair value of Arcadia's contingent consideration liability.

Conference Call and Webcast
The company has scheduled a conference call for Eastern ( Pacific) today, , to discuss fourth-quarter and annual financial results and key strategic achievements.

About
(Nasdaq: RKDA) is a leader in science-based approaches to enhancing the quality and nutritional value of crops and food ingredients. The company's GoodWheat™ branded ingredients deliver health benefits to consumers and enable consumer packaged goods companies to differentiate their brands in the marketplace. Arcadia's agricultural traits are being developed to enable farmers around the world to be more productive and minimize the impact of agriculture on the environment. The company's new GoodHemp seed catalog delivers genetically superior hemp seeds, clones, transplants, flower and extracts, applying the company's proprietary crop innovation technology, ArcaTech, to an emerging crop.  For more information, visit www.arcadiabio.com.

Safe Harbor Statement
"Safe Harbor" statement under the Private Securities Litigation Reform Act of 1995: This press release and the accompanying conference call contain forward-looking statements about the company and its products, including statements relating to components of the company's long-term financial success and ongoing plans; the company's and its partners' ability to fulfill backlog seed orders; and the company's traits, commercial products and collaborations. Forward-looking statements are subject to risks and uncertainties that could cause actual results to differ materially, and reported results should not be considered as an indication of future performance. These risks and uncertainties include, but are not limited to: the company's and its partners' ability to develop commercial products incorporating its traits and to complete the regulatory review process for such products; the company's compliance with laws and regulations that impact the company's business, and changes to such laws and regulations; the potential impact of COVID-19 on our business; and the company's future capital requirements and ability to satisfy its capital needs. Further information regarding these and other factors that could affect the company's financial results is included in filings the company makes with the from time to time, including the section entitled "Risk Factors" in the company's Quarterly Report on Form 10-Q for the quarter ended and additional information that will be set forth in its Form 10-K for the year ended . These documents are or will be available on the SEC Filings section of the Investor Relations pages of the company's website at www.arcadiabio.com.  All information provided in this release and in the attachments is as of the date hereof, and undertakes no duty to update this information.